Jeff Stevenson: Drive it, want it! 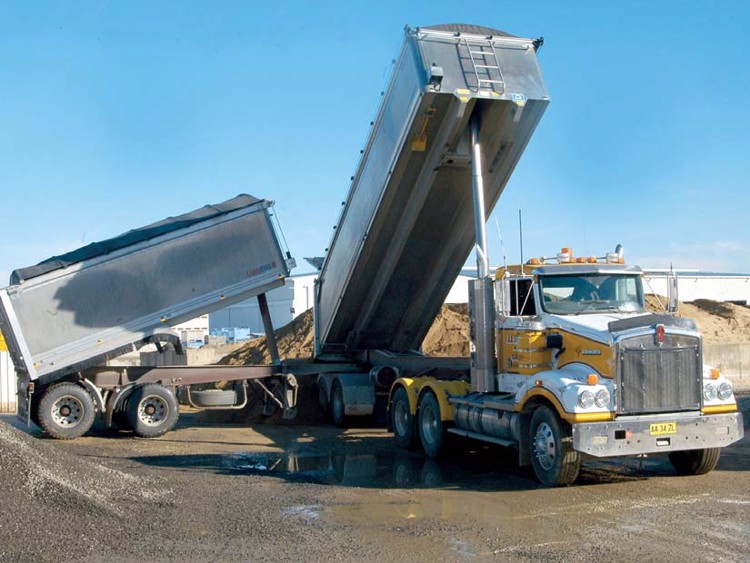 IT TOOK Griffith trucking stalwart Jeff Stevenson just one drive of a Kenworth to convince him the tough all-Australian built trucks would be the flagship of an upgraded fleet. Jeff and his two sons Robert and Keith operate JJ Stevenson & Sons Readymix Concrete and Quarries, and all three are certain it will be Kenworth which continues to drive their business forward.

They recently took delivery of a T404SAR put with a 19-metre B-double stag tipper and two T350A agitators - the first units sold into the Riverina by Inland Truck Centres at Wagga Wagga.

The move to Kenworth comes after the 45-year-old company's long association with Japanese and Mack products.

"After seeing how a Kenworth is made and manufactured at the Melbourne factory, you wouldn't buy anything else" Keith said. 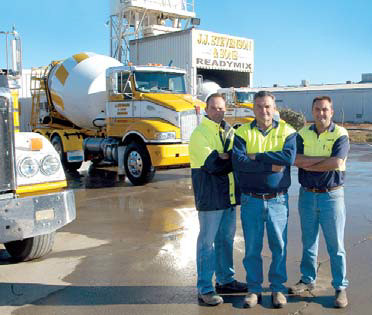 Griffith businessman Jeff Stevenson (centre) with his sons Keith (left) and Robert. The trio have chosen Kenworth as a major investment in the family business.

And Rob, like his Dad, was convinced after getting behind the wheel. "You only have to drive one to know why we bought it" he said.

But the real endorsement for Kenworth came from Jeff - the man who started the business in 1961 with a backhoe and grew it into a concrete, quarrying, earthmoving and farming enterprise supporting three families, employing more than 20 staff and operating a fleet of 40 registered vehicles.

He has covered many miles across the Murrumbidgee Irrigation Area in 40+ years, driving all sorts of trucks on some well beaten tracks. So while Jeff is handing over the reins to his boys, everybody takes notice when he has something to say. 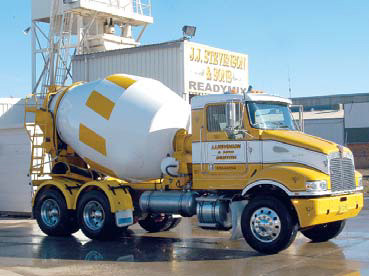 "I don't think we would go back" Jeff quipped. "They're a good rig." On top of the critical driving test and giving Kenworth the thumbs up, it has been a smart business decision to invest in quality trucks.

"They are quality and therefore have re-sale, reliability and driveability" Keith said.

"Our drivers like them and we've been able to spec them for our applications."