This is for you, mate! 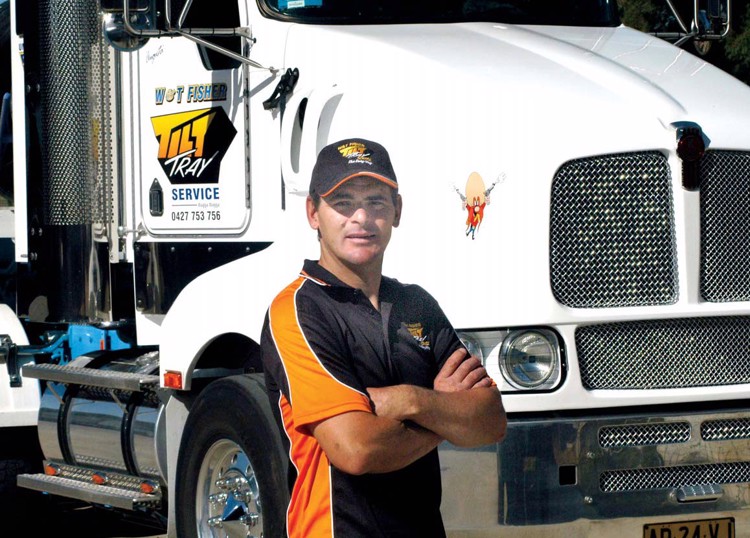 WARREN Fisher's new Kenworth stands tall and proud as a glowing tribute to two of his closest mates.

His father "Herbie" Fisher was a fantastic support to Warren in their business endeavours before a tragic industrial accident claimed his life 18 months ago and rocked the Wagga family to the core.

"Dad was a great mentor to me in business, and just a bloody great mate, too" Warren said.

"When he died there was a lot of pressure which could have easily led to me walking away from it all, but Dad wanted me to go for it ... so last year I got the 604 we'd both dreamed about." 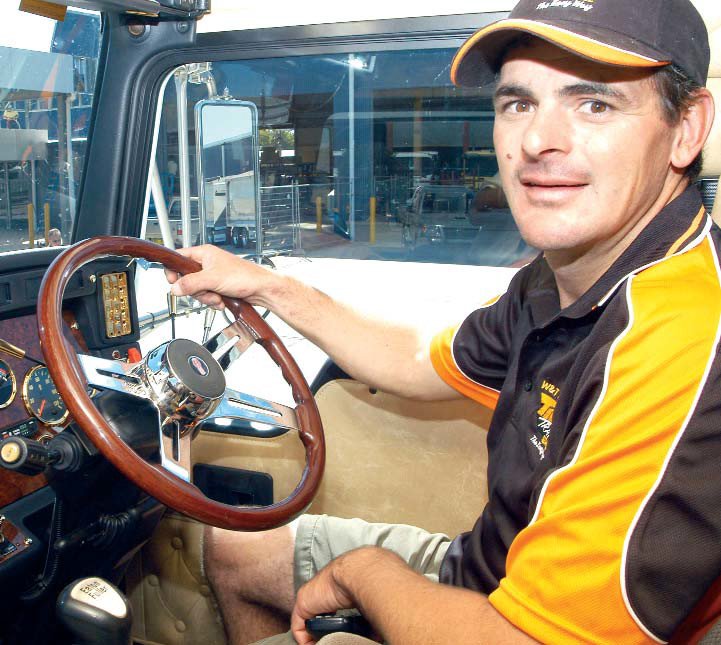 Warren Fisher feels right at home at the wheel of his new Kenworth T604. "It's a dream to drive," says Warren. "Going to work every day doesn't get much better than this."

An inscription on the sleeper bunk reads: "Herbie ... Remembered in our hearts and minds every mile", and his old hat sits on the impressive customised dash inside as a physical reminder to an old mate.

In another tribute to a fallen friend, the cartoon character Yosemite Sam is painted on the bonnet.

"That's for my cousin and best mate Sam," Warren said. "He acted up just like Yosemite did and we'll always remember him that way."

Warren, 35, started Wagga Tilt Tray Services in 1992 when he was just 18 years old with great support from his father and Herbie's long-time mate and business partner Chris Hetherington of Narrandera Auto Wreckers. Warren now owns the business in partnership with his wife Terryann.

He started work building roof trusses as a 16-year-old and when he was old enough he bought a truck to deliver them. "The business really took off at a rapid rate," Warren said. 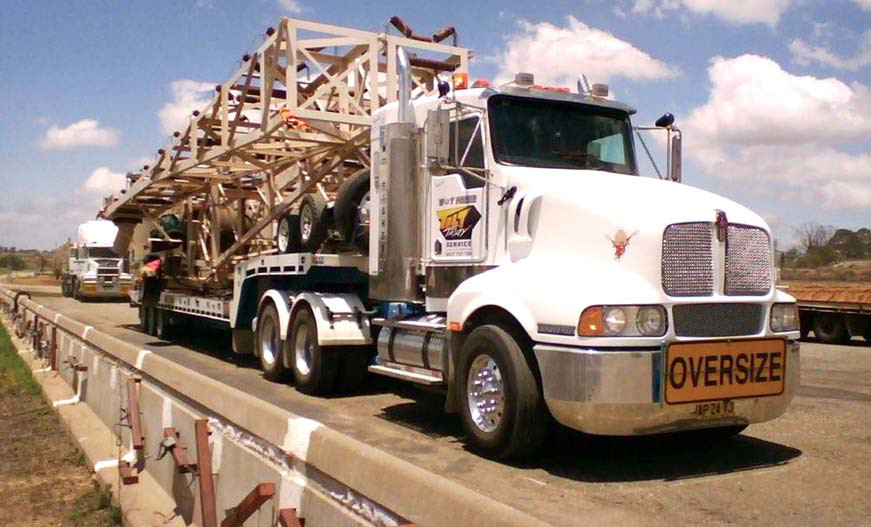 "We were doing bigger and heavier loads and soon we had three trucks running around. We did a lot of miles picking up work all over the place and the business kept growing."

These days the tilt tray trucks are travelling far and wide with the T604 and slide trailer combination carrying out the salvage and transport of heavy machinery and plant.

Warren now has plans to build on his Kenworth fleet and is full of praise for the team at Inland Truck Centres in Wagga. "You feel like a king when you walk around out here," he said. "The attention and ongoing support I receive from sales and service is unbelievable."

Warren also said driving a Kenworth had been the best promotion for business.

HEAVY DUTY: It takes a tough truck to carry out the heavy workload Warren Fisher puts his Kenworth through every day. That's why the T604 is the flagship at W&T Fisher Tilt Tray Services in Wagga ... it's tough and reliable and gets the job done without fuss. Warren gave a demonstration of his tilt trailer combination at Inland Truck Centres in Wagga recently.